It is true that everyone wants to have a happy ending, but why do some have to sit and do nothing? Why not stand up and try?

What is holding us back? What is the exact reason for us to delay our goals?
Everyday we strive for motivation, strive to achieve, yet again, we make excuse.
Many wants to succeed yet, still there are people who are afraid.
Fear.
Fear have held us back, fear have made us weak and so we make excuses, because fear have gotten in the way, our motivation are weakened.
"I'm afraid, because I'm not good enough."
"I'm scared because I don't know what will happen."
"I fear that I will fail."
Why do we constantly let these thought disrupt our minds? Why let negativity rule over us, when we could simply transform or interpret our fear to a different tone.
"I might not be good enough now, but I can improve."
"I don't know what will happen, but I'll look forward to it."
"When I fail, I will try again, unroll I pass."
As far as I know, to achieve a goal, struggle is always presence, people go through hard ship in order to succeed, they didn’t wait in the corner, and instead, they rose and do what was necessary.

“Passion is energy, feel the power that comes from focusing on what excites you” - Oprah Winfrey

Here’s a story about Oprah Winfrey (Orpah Gail Winfrey) -an American media proprietor, talk show host, actress, producer, and philanthropist. After birth, Winfrey’s mother traveled north and Winfrey spent her first six years living in rural poverty with her maternal grandmother, who was so poor that Winfrey often wore dresses made of potato sacks. At the age of 9, Winfrey has stated she was molested by her cousin, uncle, and a family friend. At 13, after suffering years of abuse, Winfrey ran away from home and when she was 14, she became pregnant but her son was born prematurely and he died shortly after birth.

Winfrey landed a job in radio while still in high school and began co-anchoring the local evening news at the age of 19. Her emotional ad-lib delivery eventually got her transferred to the daytime talk show arena; she then launched her own production company and became internationally syndicated.


Winfrey did not have the perfect childhood, she was struggling with life itself but that did not stop her from striving to what she wants to achieve. She did not sit idle by, waiting for a miracle; instead she worked hard for her miracle. She was awarded the Presidential Medal of Freedom by President Barack Obama and honorary doctorate degrees from Duke and Harvard. She was also announced "one of the 100 people who most influenced the 20th Century" and "one of the most influential people" from 2004 to 2011 by TIME.

Another inspiration I’ve always look up to, is Thomas Alva Edison an inventor and businessman, who has been described as America's greatest inventor.

“Our greatest weakness lies in giving up. The most certain way to succeed is always to try just one more time.”  - Thomas Edison

Thomas Edison did not do well in school, he had difficulty learning in a traditional teaching method and his teachers used to tell him that he was “too stupid to learn anything” One of his teachers said that he was a poor and a lazy student. But this teacher could not have been more wrong. Edison was actually dyslexic. Later in his life, he lost most of his hearing. But he did not let either of these setbacks stop him from doing great things with his mind.

Edison had 1,093 patents for different inventions. Many of them, like the light bulb, the phonograph, and the motion picture camera, were brilliant creations that have a huge influence on our everyday life. However, not everything he created was a success; he also had a few failures. Edison actually went through over ten thousand prototypes of a light bulb before getting it right. Countless of times he had fail, and people had had told him to give up, but he simply didn’t. He took all his failed attempts as a step closer to the right product – defining success through failure.


If it wasn’t for Thomas Edison and his great inventions, a life without a simple light bulb, our lives wouldn’t be as easy as we thought. Edison had the patience and passion, which lead him to be one of the “Greatest Inventor”.

All these legend names we hear did not have everything on a silver platter, and wanting to achieve, they stood up – high and mighty, to strive to what they believe. Great minds were not born, they were created. Believe in something and find your way somehow.

“Although the world is full of suffering, it is also full of the overcoming of it.” - Helen Keller

It’s okay to fail; it’s alright to fall because when you fall hard, the only way to go is “up”.
And even though when things gets scary, 'fear' can simply be transformed and motivate us.
Instead of waiting for an opportunity, we allow ourselves to be the writer of our own story, we paint our own picture.
Never doubt the ability we have within us, everyone has their own special powers that are just itching to be discovered, so that is why we should sit and wait for miracles, we should wait for opportunity to come, instead we should stand up and take the leap.

Popular posts from this blog 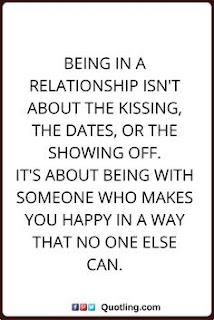 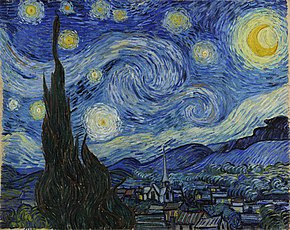